Microlaryngeal surgery is popular among otolaryngologists owing to the increase in the number of patients with laryngeal complaints. Microlaryngeal surgery refers to surgery that is performed on the vocal cords under high magnification with the help of an endoscope or a microscope. In this study, we aim to assess the most common difficulties faced during and after the surgery.

Among the myriad of things a human being is capable of, being able to talk and express one’s feelings is one of the most basic abilities that allows us to communicate with one another and be a part of the society. As with all other organs of the body, specific ailments affect the vocal cords, the vibration of which produce the voice we have. With advances being made in the field of voice and voice-related disorders, newer methods of voice evaluation, voice therapy, and laryngeal surgeries have come into place. Microlaryngeal surgery refers to surgery that is performed on the vocal cords under high magnification with the help of an endoscope or a microscope.2 Otolaryngology being an ever-evolving discipline, laryngeal surgery is no exception. Various advancements have been made over time which has considerably improved outcomes and decreased patient morbidity. Suspension microlaryngoscopy is now the standard technique for endoscopic laryngeal surgery. Killian introduced the first laryngoscope suspension system in 1910.1 Numerous suspension systems were invented subsequently.1 Even then, in the field of microlaryngeal surgery the surgeon is bound to be faced with difficulties, and this study aims to assess those roadblocks. As a part of preoperative preparation of the patient, a number of reference standards like Thyromental distance and Mallampati grading are in place. Thyromental distance is described as the distance from the mentum to thyroid notch in full neck extension3 (Fig. 1). The normal range is 6-7 cm or three finger widths. A short distance (two finger widths) indicates a high larynx and difficult direct laryngoscopy. Mallampati grading involves a visual assessment of oropharynx, and therefore the amount of space in which work is to be done (Fig. 2).10 A high Mallampati score (class 3 or 4) is associated with more difficult intubation. Also, performing an indirect laryngoscopy examination gives a fair view of the oropharyngeal space. 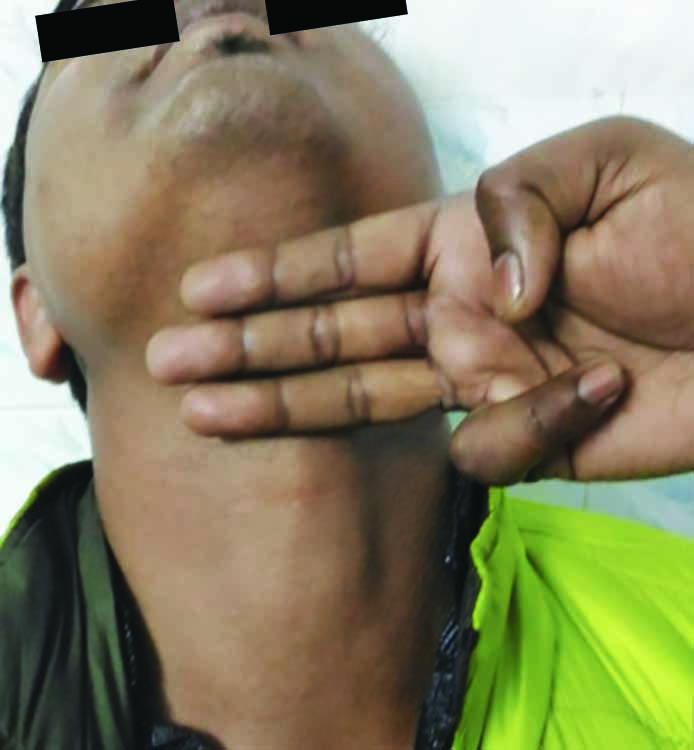 To evaluate and assess the problems encountered in microlaryngeal surgery.

A total of 50 patients who underwent microlaryngeal surgery at Nightingale Hospital, Guwahati from February 2019 to December 2019 were included in this prospective study. History was taken in a proforma which included information on any systemic diseases like rheumatoid arthritis, acromegaly, cervical spine problem, radiotherapy (for head and neck malignancy), and obstructive sleep apnoea. General examination was done on the patient, which included dentition and dental health. Endoscopic assessment was done in all the patients with stroboscopy. Indirect laryngoscopy, thyromental distance measurements, and Mallampati grading were done in all the patients. Consent was obtained from all the patients for being a part of medical research. Any difficulty which was faced during the surgery was noted down in the proforma and results were obtained.

A total of 50 patients were included in the study of which 31 were males while 19 were females. A total of 35 patients had an uneventful surgery as well as postoperative period (Fig. 3). Two patients had dental injuries during introduction of scope. A total of three patients complained of tongue numbness in the postoperative period. One patient had a potential foreign body in the airway when a cotton swab was left behind in the surgical area (fortunately removed by the anesthetist; hence all swabs should always be kept held by a forceps). Anterior pillar injury was seen in six patients, a result of failure of maintaining a midline position of the laryngoscope (Fig. 4). Fissuring at the angle of mouth was seen in one patient with microstomia (Fig. 5). A curious case of missing pathology was encountered in one patient wherein the vocal cord cyst had ruptured during the preoperative speech therapy. This happened as an immediate preoperative endoscopy was not done and the new development was missed. In one patient (in spite of having good thyromental distance and mallampati grade), the microlaryngeal surgery could not be completed due to insufficient exposure, and help of fiber-optic bronchoscope was taken to excise the pathology in piecemeal (Figs 6 and 7). 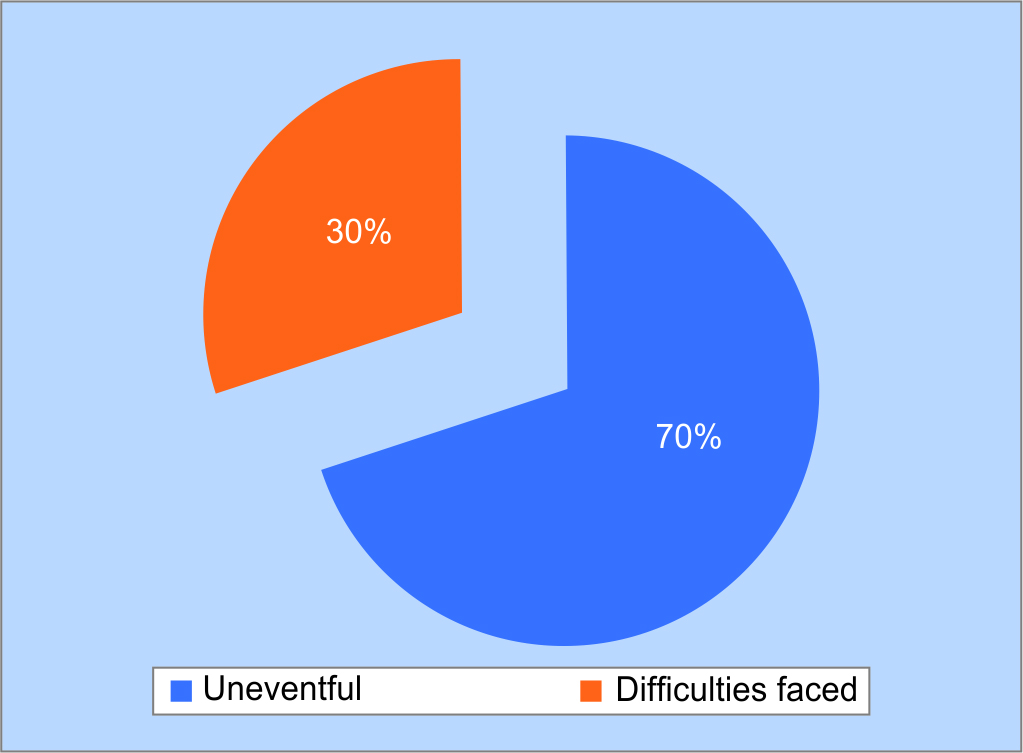 Fig. 3: Number of patients with uneventful surgery vs those faced with difficulties 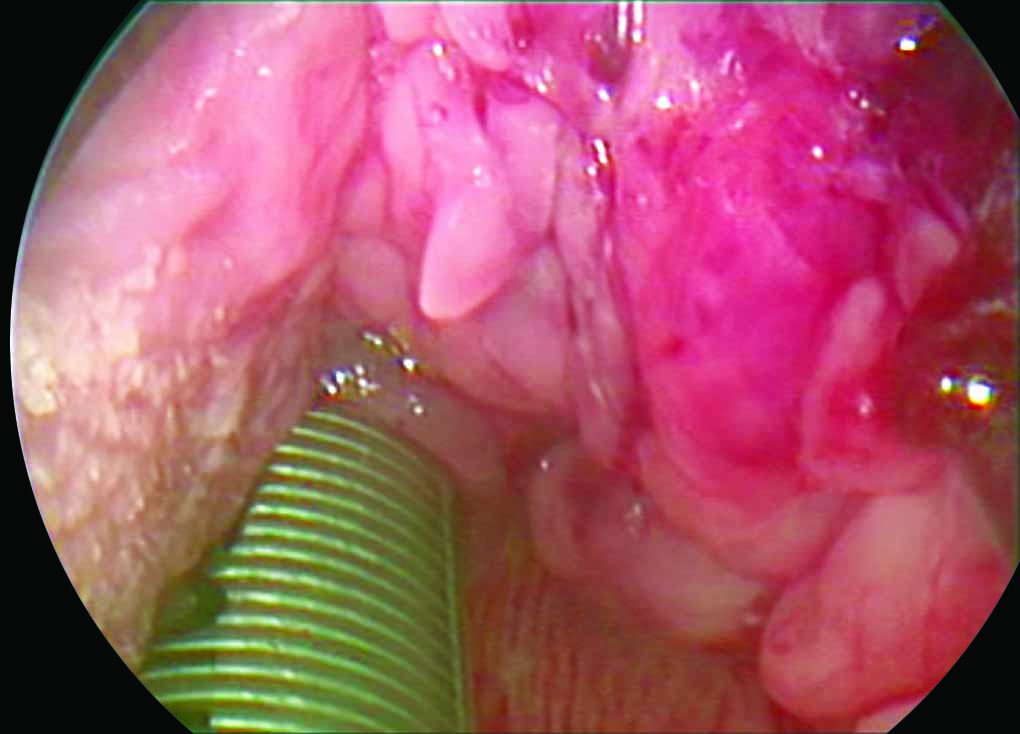 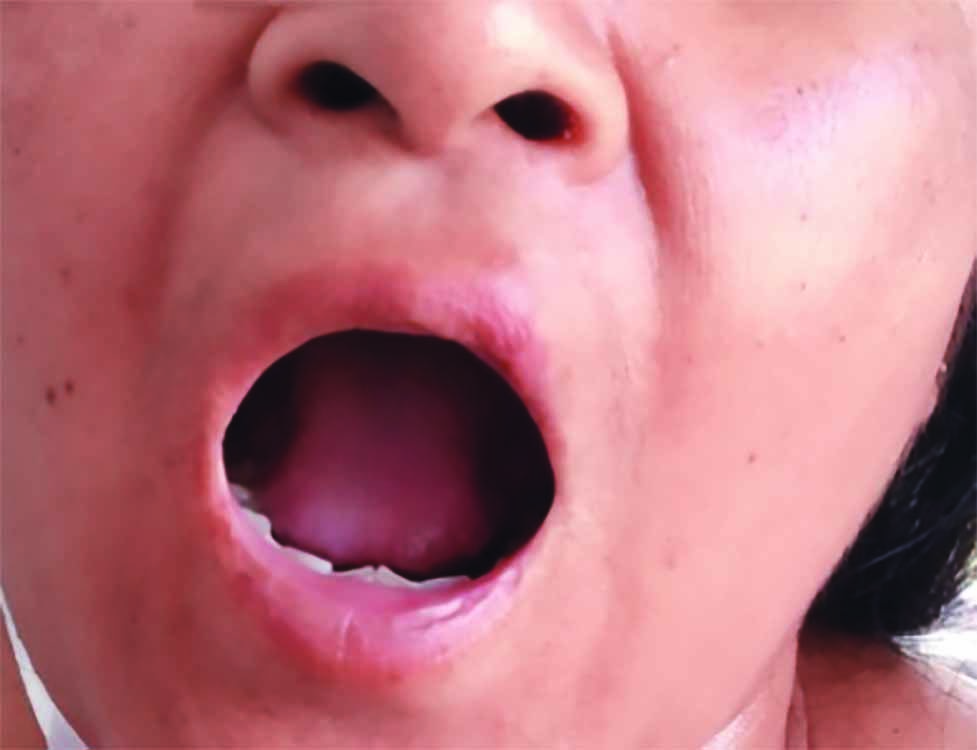 Fig. 5: Preoperative picture of the patient with microstomia

Fig. 6: Number of patients with specific difficulties during the microlaryngeal surgery 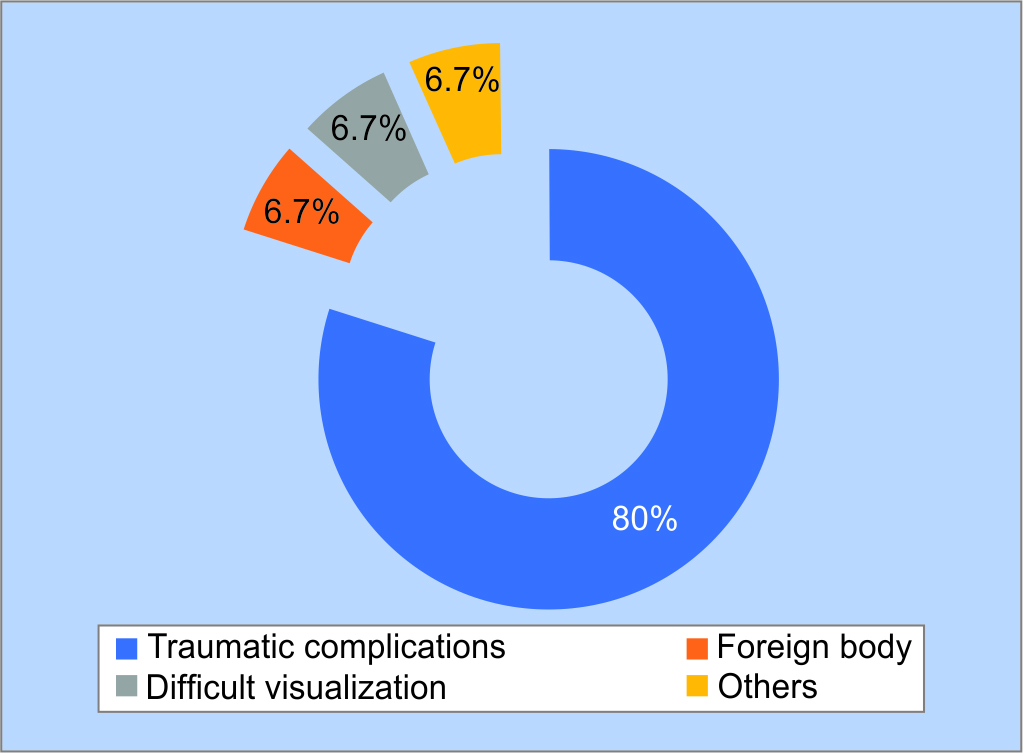 Fig. 7: Percentage of patients in different categories of complication

Ever since Manuel Garcia brought about the advent of a modern era of laryngology, there has been no looking back. Newer advancements have been rapidly made in the field of microlaryngeal surgery, and surgeons were quick to adapt to the changes. As is the case with any other discipline, gaining expertise comprises a learning curve. It is not rare for the surgeon to falter in the initial stages. This paper aims to assess the most commonly encountered problems in microlaryngeal surgery, despite the mandatory preoperative assessment. Though the problems we encountered were not life-threatening in nature, the surgeon should be constantly on the lookout for any deviation. Most of the problems encountered took place in laryngoscope introduction and suspension. It should be kept in mind that selection of the suspension system should be such which allows for two-handed surgery, that permits the tongue and larynx to be pulled toward the ceiling (with the patient in supine position), rather than requiring a lever action that might damage the teeth and oropharyngeal structures.3 That is, the surgeon should place the laryngoscope in the desired position and use the suspension to keep it there, rather than using the suspension system to generate the forces necessary to obtain exposure.3 Special care has to be taken to avoid using the teeth as a fulcrum during introduction of the scope. Special note in the preoperative period should be made of any loose or protruding incisor teeth which are particularly prone to damage. Neck extension should also be carefully measured in postradiotherapy and post neck surgery patients; horizontal neck scars cause more problems in neck extension than vertical scars (Fig. 8). Different authors have described various complications in microlaryngeal surgery and what they postulate to overcome those. A rare complication of subcutaneous emphysema and pneumomediatinum was noted by Ying-Nan Chang et al.4 Aspiration of a fractured portion of a microlaryngeal instrument was described by Eric Monteiro et al.5 thereby undermining vigilant and routine inspection of microlaryngeal instruments for early detection of metal corrosion and fatigue. Osman Ilkay Ozdamar et al. found that operation time and difficulties during intubation and/or suspension of the larynx were major risk factors for lingual nerve injury following suspension laryngoscopy.6 Talmon Y et al. proposed the use of a self-made tooth guard which transits the laryngoscope’s pressure to the hard palate.7 Friedrich G et al. proposed using a curved rigid laryngoscope to significantly reduce the forces to the oropharyngeal tissues.8 Hastings RH et al. reported that head immobilization reduced head extension necessary for direct laryngoscopy.9 This was particularly useful in patients with a known or suspected cervical spine injury. 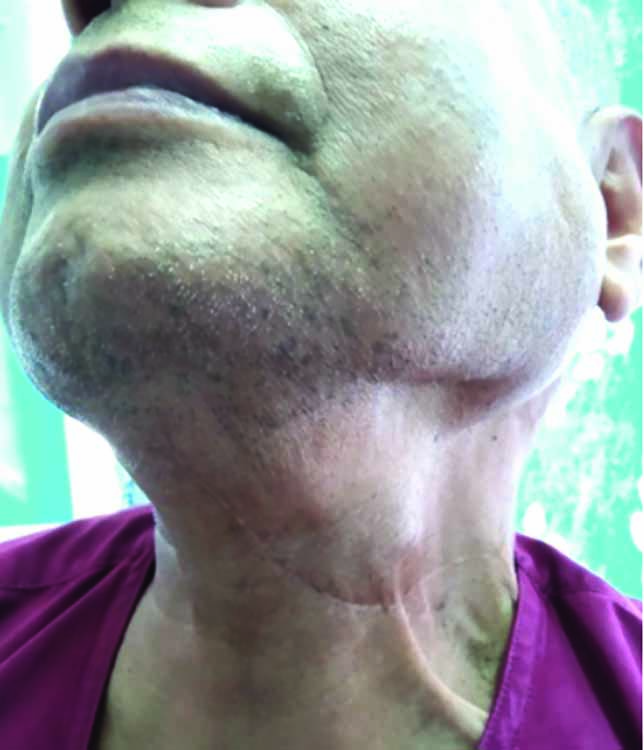 Microlaryngeal surgery is nowadays becoming a common otorhinolaryngological surgery. With the advent of newer endoscopic methods, more patients are diagnosed and subsequently scheduled for microlaryngeal surgeries. The fulcrum-based laryngoscope serves as the most popular instrument for endolaryngeal surgeries. Though it is relatively safe surgery, instances of postoperative pain and numbness of tongue, teeth damage, bruising of lip, and injury to oropharyngeal structures are very common. Other major complications may arise in the form of foreign body in airway or postoperative laryngospasm. Hence, apart from improvising the microdissection techniques, the surgeon should be careful from the very first step for an uneventful operative and postoperative period.