Cold Steel Dissection in Phonosurgery: How I Do It

Phonomicrosurgery places specific demands on the otolaryngologist. One of the key skills requiring mastery in phonosurgery is cold steel dissection. Here we describe the technique of holding microsurgical instruments with further stability for fine control surgery.

Phonomicrosurgery places specific demands on the otolaryngologist. The requirement for fine skills and dexterity means that there is a learning curve which requires patience to overcome. One of the key skills requiring mastery in phonosurgery is cold steel dissection. One can cut short this long learning curve by holding the instrument in the following way.

Phonosurgical instruments used for cutting/grasping have a proximal mechanism that requires a thumb and a finger through the two holes. However, holding the device with thumb and finger does not allow good control and one need to support it with another finger (Fig. 1A). Furthermore, if the fingers are used in this way, rotation or movement of the instrument requires movement of the whole arm; this can result in unstable or sudden movements of the distal instrument. Significantly, when using two instruments in a narrow laryngoscope, the fingers and thumbs of each hand can impede each other’s movements (Fig. 2A).

Holding the instruments in the way suggested—thumb and index finger holding one arm and two fingers holding another arm (Fig. 1B)—allows for more precise control. An additional advantage of using the technique suggested is that control of both the arms can be achieved separately rather than one being dependent on other (Fig. 1B compared with Fig. 1A).

Advantages of holding instruments in this method: 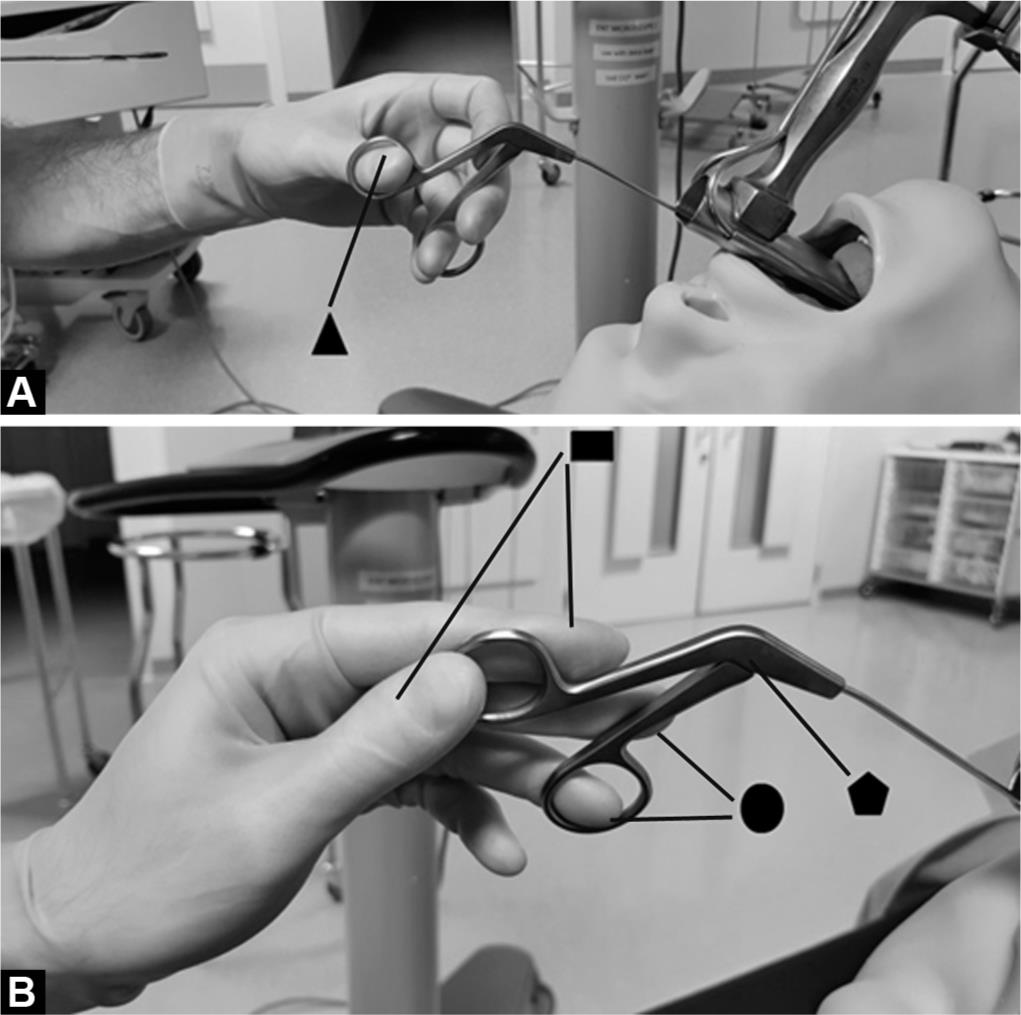 Figs 1A and B: (A) Traditional method of holding instrument. (B) Suggested alternative technique. ■ Two fingers (thumb and index) holding one arm. ● Two fingers holding the other arm. ▴ Only thumb is supporting this arm and it also provides countertraction to other arm. ⬢ Proximal junction box with mobile proximal arm against fixed distal arm 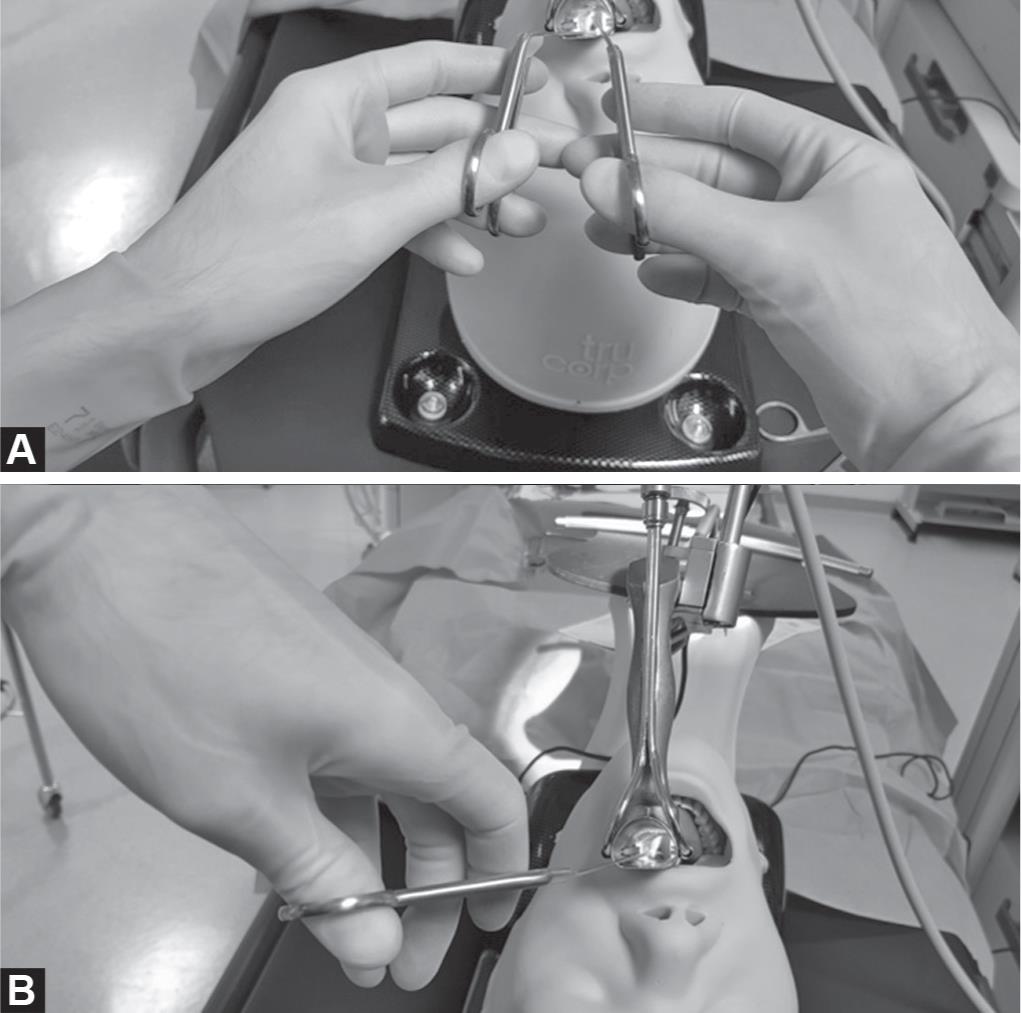 Figs 2A and B: (A) Using the traditional technique, fingers of opposing hands can restrict movement. (B) When holding the instrument in a traditional way, rotation of the instrument relies on movement of the whole of the operator’s arm, resulting in loss of control

The literature thus far has always focused on techniques of surgical dissection and less on the means of holding the instruments. It is well recognized that phonomicrosurgical instruments are difficult to manipulate because of their length, because the fulcrum effect of the instrument (resting proximally on the laryngoscope) amplifies movement of the tip of the instrument distally.

The trainee otolaryngologist will often have an opportunity to excise relatively straightforward lesions such as polyps on the free edge of the vocal fold. One of the key skills to master is in controlling the movement of the tips of the instruments (whether grasping forceps, dissectors, blades, or scissors). We have previously described a technique for improving stability by resting the elbows.1 We now describe a technique for holding the microsurgical instruments, which gives further stability for fine-control vocal fold surgery.

For this type of study, formal consent is not required. All procedures performed in this study were in accordance with the ethical standards of the National Research Committee and with the 1964 Helsinki Declaration and its later amendments.